Surgical Oncology specialists at Wayne Health provide advanced surgical treatment and patient care for a wide variety of cancers using leading-edge approaches that improve outcomes. Our multidisciplinary approach combines the expertise of a team of specialists to provide patients with the latest information, a thorough diagnosis and effective treatments based on individual needs.

Surgical Oncology involves surgical removal of a cancerous tumor and a small amount of surrounding normal tissue, called the “margins.” Not all cancer patients need surgery. But if you do, Wayne Health specialists will work together as a multidisciplinary team to create a treatment plan that is specific to your needs.

Wayne Health Surgical Oncology offers a wide range of surgical services for many types of cancer. Some of the more common procedures for treating breast cancer, liver cancer, lung cancer and pancreatic cancer are described below.

Breast-conserving surgery (lumpectomy) removes the cancer and just enough tissue to get all the cancer. The goal is to keep the breast looking as normal as possible after the surgery while reducing the chances of the cancer coming back.

The size and location of tumors differs from one person to another, so the amount of tissue removed during surgery also differs.

Some of the lymph nodes under the arm may also be removed during breast-conserving surgery. This is done with a separate incision. If cancer is found in those lymph nodes, more lymph nodes may be removed.

Most people who have breast-conserving surgery also have radiation therapy. You may also have chemotherapy, hormone therapy, or both.

A mastectomy is the surgical removal of the breast. It is used to treat breast cancer.

The removal of a breast before cancer is diagnosed is called a prophylactic mastectomy. This type of mastectomy can be used to prevent breast cancer in women who have an extremely high risk of developing the disease

Liver resection is surgery to remove a piece of the liver. Up to one-half of your liver can be removed if the rest of it is healthy. The doctor makes a cut (incision) in your belly to take out part of the liver. If the doctor removes the right side of your liver, your gallbladder will also be removed.

You will probably stay in the hospital for 5 to 14 days after surgery. You will need to take it easy for 4 to 8 weeks at home.

Lung cancer is the rapid growth of abnormal cells in the lung tissue. Surgery to remove all or part of a lung may be done by making a cut on one side of your chest (thorax) during a procedure called a thoracotomy. Surgery that uses this approach avoids areas in the chest that contain the heart and the spinal cord.

After the cut is made between the ribs, all or part of the lung is removed, depending on the location, size and type of lung cancer that is present.

The types of lung surgery are:

A chest tube is used after lung surgery to drain fluid and blood out of your chest cavity and help your lung refill with air.

A video-assisted thoracoscopic surgery (VATS) may be done before or instead of a thoracotomy. This procedure involves inserting a long, thin tube (videoscope) with a camera attached and small surgical instruments into your chest through small cuts made between your ribs.

Surgery for pancreatic cancer removes part or all of the pancreas. Other organs might also be removed. You and your doctor will plan your surgery based on your wishes and the stage of the cancer. Every person’s treatment plan and surgery are different. Your doctor will tell you what will be removed.

You will be in the hospital for 1 to 2 weeks after the surgery. You will probably be able to go back to work or your normal routine in about 1 month. It will probably take about 3 months until your strength is back to normal. You may need more treatment for the cancer. This may include chemotherapy or radiation.

You may need to take enzyme supplements. These replace the enzymes the pancreas makes. You may also need to take anti-ulcer pills.

The pancreas makes insulin. So you may develop diabetes after surgery. If this is the case, you may have to check your blood sugar levels and take insulin.

When you find out that you have cancer, you may have many emotions and need some help coping. Seek out family, friends and counselors for support. You also can do things at home to help you feel better while you go through treatment. Your doctor can guide you to many local resources for support and more information. Call the American Cancer Society (1-800-227-2345) or visit its website at www.cancer.org for more information.

What are some common concerns after surgery?

The most common problems right after surgery are pneumonia, bleeding, infection, clotted blood at the surgery site and reactions to the anesthesia.

Another concern is pain control. Inflammation or nerve injury from the surgery can cause pain. Your doctor may give you more than one medicine for pain. Often opioids are given.

Anesthesia can have side effects. Two of the most unpleasant ones are nausea and constipation. Nausea will soon wear off, but constipation can be uncomfortable for several days after surgery. You may get a medicine to help you move your bowels. But eating may be the best way to end constipation. That’s because food pushes waste through your system.

One new minimally invasive procedure available at our partner hospitals is Electromagnetic Navigation Bronchoscopy (ENB). This procedure allows a physician to diagnose and treat lung tumors in outer areas of the lung that are not accessible with a traditional bronchoscopy procedure.

Other new diagnostic and minimally invasive procedures include:

Physicians and researchers at Wayne Health are also faculty members of the Wayne State University School of Medicine who partner with the Karmanos Cancer Institute to conduct research and clinical studies. This makes the latest treatments and clinical trials available to you sooner than other health providers without a medical school affiliation.

As educators and researchers, our surgeons embrace change that benefits patients. Together with biomedical engineers in the futuristic Smart Sensors and Integrated Microsystems (SSIM) Lab, our surgeons are actively engaged in developing new treatment methods and technologies, and in teaching the next generation of surgeons, to accelerate progress toward the medicine and surgery of the future.

For more information, please visit the links below at the WSU School of Medicine. 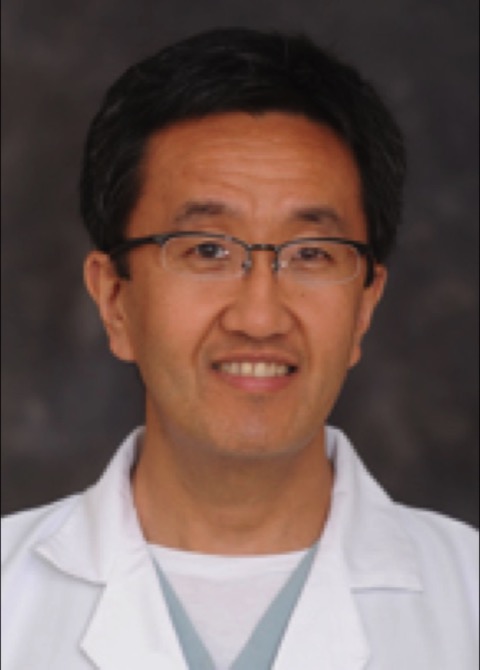